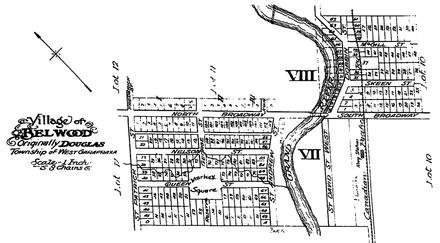 It was the flooding in Belwood and other parts of the Grand River watershed that led to the building of the Shand Dam. While it would protect the whole watershed from flooding, it meant that most of the village of Belwood would be lost.

As the Grand River Conservation Authority purchased the properties that would be lost, the construction began on the dam in 1939. Just four years later, construction was complete and Lake Belwood was formed.

During the construction, most of Lower Belwood was taken apart. While some buildings were re-located to higher ground, other business left completely. The bridge that crossed the river was raised and Broadway became the major, and only way to cross in Belwood.

A fuller history of Belwood and surrounding area can be found in A History of West Garafraxa Township by Jean F. Hutchinson. Below is a brief history of our great little village.

Our History on the Grand River

The Village by the River

It is believed that the first store was built and operated by Andrew Nickle on the West corner of Broadway and St. Andrew. The building changed hands many times and operated as a jewelry store, barber shop, and a library before the area was flooded.

Our Belwood Country Market was once the Belwood Marina and later a general store. Built in 1959, the store was located across from the Wharf on Lake Belwood, now owned by the GRCA. It accommodated all cottagers and tourists in the summer and winter. Now, it still runs as the heart of Belwood for all who visit the village.

Along with many other Southern Ontario towns, Belwood is full of rich history that is not well known. Even those who live in Belwood may not realize the tales of eld that now lay at the bottom of the lake.

Belwood was first formed in 1850 and was originally known as Douglas. It was renamed in 1885 by Dr. John Mennie, who moved here from Toronto. The village of Belwood became a Police Village in 1900. The declaration of Police Villages, which was a popular tactic in this time, was used to create municipal governments when the finances or population prevented it.

Photo via A History of West Garafraxa Township by Jean F. Hutchinson, page 111.

Village of Belwood Map via A History of West Garafraxa Township by Jean F. Hutchinson, page 30.

The businesses of Belwood 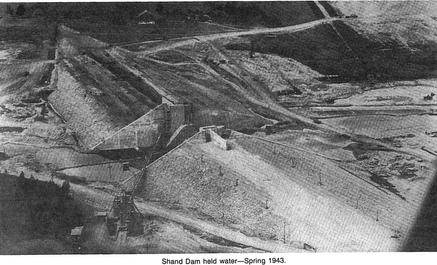 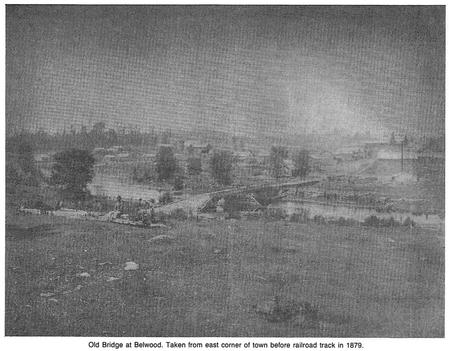 The Belwood Bridge and the Flooding of the Grand

Photo via A History of West Garafraxa Township by Jean F. Hutchinson, page 36.